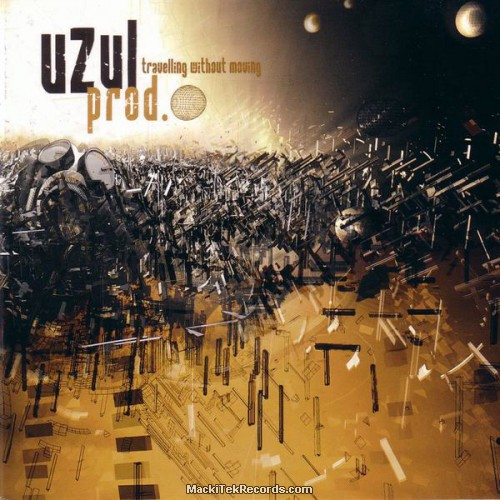 Imagine yourself as an electronic music programmer based in Lyon playing with Kaly Live Dub for 10 years, and more recently with the psycho-junglist duo Hybrid Sound System, recording restlessly in a lot of studios and playing every possible venue... Most of us would have enough of it. That's not the case of Stephane also known as a hyperactive experimenter named Uzul ; Since 2004, he's also devoting himself to the composition of the album Travelling Whithout Moving. In the Uzul solo project he mixes styles and leaves free course to his envy of travelling as well as his attachment to traditional musics. As human adventure remains linked to the artistic one, he quickly asks some musicians to come and play on his music. Tit'o, trip-hop-indus band Picore co-founder and guitarist was one of the first. Because his atmospheric guitar style works like a charm with heavy beats, Uzul purposed him to take part to a few songs, and finally to join him on stage. After that, their strange travelling music was joined by a rich live video creation by NicoTico (XLR project). At this point, they were ready to give life to the actual formation of Uzul Prod. Together, they enter some trip-hop universes where massive basses meet oniric guitars and etno-psychedelic ambiences. Their dub and hip hop rythm in the Scorn or Techno Animal way, joins the traditionnal Middle-East instruments and sounds, from Asia to East Countries, as well as cold and noisy 80-90's guitars. Their universe brings the listener to a real audio travel from Belfast to Benares, through Mostar and Saigon. Partially recorded in ABT Studio (ex-Bastard), mixed by Nicolas Dick (Kill the Thrill) at TOG Studios, and masterized by Alexis Bardinet in Globe Audio, Travelling Whithout Moving is plenty of contributions; with Dasha, Russian singer who changes herself in a cynical touristic guide to depict Moscow, or with Mc Razamike (Jigaboo, Marcel Bellucci Quartet...) for a dark view of Belfast, as well as with Sopot, a dub formation of Bosnia and Herzegovina met during the recording of their album Dubalkan, or last but not least Mc Carbon Copies (Picore, Spade&Archer;, Led Piperz...), who all are expressing some poetic reflexions.
9,99 € 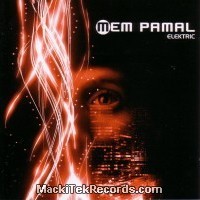